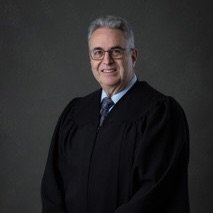 Justice of the Peace

Martin Rich has been a commissioned Justice of the Peace for The Commonwealth of Massachusetts since 2009, originally appointed by Governor Deval Patrick. He has also achieved success in several professions.

Martin’s first career as a professional photographer started in 1974 in the Boston Area.  As both an artist and an entrepreneur, Martin rose to the top of the profession, serving Boston’s Elite, and earning several awards for photographic excellence.

In addition to his role as Justice of the Peace, Martin has returned to his entrepreneurial roots as President and Chief Executive Officer of Martel Solutions.  Martel is a full service Telecommunications consultancy and agency,  whose focus is helping clients navigate the “Age of Communications.”

Please use the provided contact form below. If you contact this officiant directly, please let them know you found them on findaJP.com!

Send an email to Justice Martin

6 months ago
Thank you for the wonderful job you did with our wedding ceremony !

“He was great to work with and customized the ceremony for us. We liked getting to approve it a week before the wedding so it was just how we wanted it.”