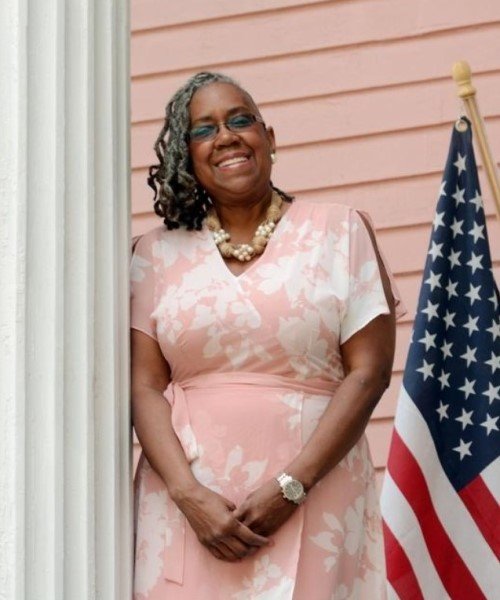 A resident of Norwich, Connecticut, and 20+ year member of the Unitarian Universalist faith, Dianne Daniels is the CEO and Founder of DivaStyle Ministry and has years of experience conducting weddings throughout southeastern Connecticut, Rhode Island, and Massachusetts. She first connected to weddings by designing and constructing silk flower bouquets and eventually leveraged her love of photography into a Wedding Photography business – the perfect activity for someone who loved being a part of a couple’s special day and helping to celebrate their happiness.

Her interest in becoming a Justice of the Peace was sparked when her husband Aaron became a JP and asked her to assist him with his weddings. Her liberal religious background as a Unitarian Universalist helped push Dianne toward providing wedding ceremonies for couples that didn’t have a home church, whose circumstances prevented them from being married in a traditional setting, and for same-sex couples who wanted to pledge their lives to each other.

Since her husband is a retired Navy Chief Petty Officer, Dianne also enjoys performing weddings for military couples who are under time pressure due to change of duty station orders.

Dianne enjoys customizing services to fit the needs and hearts of the couples who work with her and loves making children, family members, and pets a part of the ceremony when possible. She’s performed weddings in gardens, among statues, on boats, and in lovely little out-of-the-way parks and green spaces when possible. Norwich is a beautiful city and serves as a location for Destination Weddings with its waterfront access via Howard T. Brown Park, a beautiful Rose Garden in Mohegan Park, along with the Angelo Sanquedolce  Memorial Plaza, and the David Ruggles Freedom Courtyard, both located in front of Norwich City Hall.

She is also Registered and permitted to perform weddings for members of the Mashantucket Pequot Tribal Nation.

She feels strongly that when a couple wants to be married – to commit their lives to each other and to make the promise to be together forever – she wants to help them do just that. She sees that as her privilege as a Justice of the Peace and enjoys every minute of it.

Please use the provided contact form below. If you contact this officiant directly, please let them know you found them on findaJP.com!

Send an email to Justice Dianne

No Testimonials Added Yet.