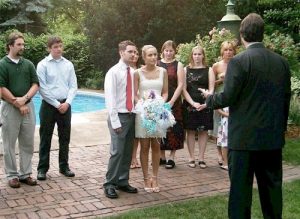 I’m a Tom Brady fan. Brady, as you may know, is the quarterback for the New England Patriots. He’s considered one of the best —  if not the best — quarterback to ever play professional football.

But he didn’t start out that way. He has never looked like the prototypical quarterback. Which is why in high school and college, other quarterbacks were brought in to replace him. But he won. They didn’t.

In the NFL draft he was forgotten. He was so skinny. He was slow. I think he still owns the record for the slowest time for quarterbacks in the 40-yard dash . And he was drafted in the 6th round.

And even in New England, he was initially dismissed. The Patriots had just signed Drew Bledsoe to the largest quarterback contract in history. And Brady was considered to be a potential long-term backup. Not Bledsoe’s replacement.  But we know what happened.

I mention this because Brady succeeded due to relentless practice. There is a coach’s saying, “Hard work beats talent when talent doesn’t work hard.” With hard work, you become skilled.

Which brings me to why you may need a wedding rehearsal.

For those of you who haven’t been members of  a wedding party, it may seem silly. After all, the groom just stands there. The bride walks down the aisle. Say your vows and PARTY!  (Of course  if you plan to get married at City Hall, as I did, fuhgeddabout a rehearsal. The Judge won’t allow it.)

But many ceremonies (like my sister’s) are not so simple. They have more moving parts and require coordination of different people. Such as where will the mothers be seated? Where will the bridesmaids stand? More important, will anyone besides the officiant have a speaking role? Perhaps you’d like your best friend to read a poem. Will she read it slowly and loud enough so everyone gets its significance? A wedding is like a live musical production with a single showing, one that you will remember forever.

If your wedding has some of these intricacies, do consider scheduling a rehearsal. This will give your Justice of the Peace (and the wedding coordinator, if you have one) the opportunity to iron out the kinks and make sure your wedding flows like you want it to.

Your JP is a professional. Just as Tom Brady makes playing quarterback look easy, a well-seasoned Justice of the Peace will make your wedding a candidate for the Tony award.

This is a guest post by Mark Wilcox of weddingintro.com where he shares more wedding planning tips.