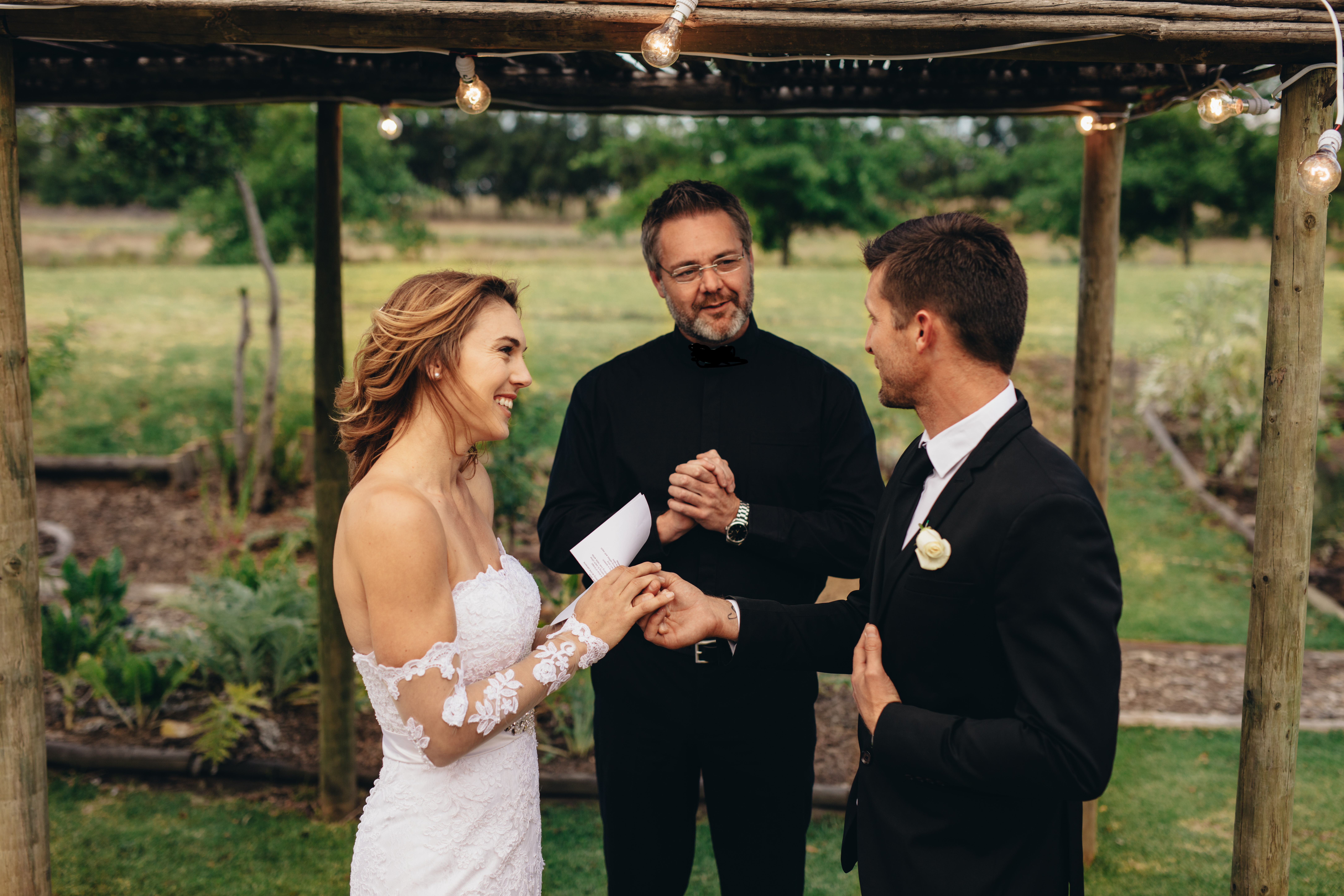 For many, the term Justice of the Peace (or JP or JOP) has become a catchall phrase on discussion forums, social media and blogs referring to any civil marriage officiant. “Going to the JP” means to hie oneself (or selves) to town hall for a quickie marriage. This is a disservice to the many Justices of the Peace. Especially, members of the Justice of the Peace Association. They are professional marriage officiants who customize beautiful and personal ceremonies. Beyond that, these pros guide their couples in every aspect of the wedding service.

In addition, members of the Justice of the Peace Association embrace ongoing professional development by participating in training. Whether staying up-to-date on changes in marital laws, or learning about different cultures, pros strive to be on their A-game for their couples. Likewise, they trade tips with fellow officiants and practicing various types of ceremonies.

Members are also actively involved in matters that affect officiants. For instance,  they are vocal advocates to support marriage equality. As such, every officiant listed on www.findaJP.com welcomes LGBTQ couples. We also work to end child marriage.

Not so long ago, most states elected or appointed JPs whose primary duty was to perform marriages. Today many of those states have abolished that role and that official title. Justices of the Peace in Nevada, Texas, Florida and other southern and western states are primarily the lowest level of court justice for whom officiating at marriages is a subordinate (and happy) perk of the office. In some states, a law degree is a prerequisite; in others, not. Compared to the rest of the country, the New England states are holdouts. That is because they maintain the role of civil officiants to perform marriages.  Justices of the Peace in Connecticut, Vermont, New Hampshire and Massachusetts. Notary Publics in Maine. In these states, JPs were long ago deprived of their responsibilities as officers of the court. Yet JPs were kept on as (primarily) civil marriage officiants. In Connecticut, Massachusetts and Vermont, JPs may also witness oaths and signatures, similar to the duties of notaries.

Find your perfect JP at findaJP.com.

This article was updated and republished from December 3, 2012. In the original 2012 blog article, the author asked, “Is the title Justice of the Peace destined to become a generic term for marriage officiant?”

Loretta Jay is the Managing Member of the Justice of the Peace Association. This is the membership organization for professional marriage officiants. All officiants’ profiles are searchable at findaJP.com, the place where Couples who Click can find their perfect JP.

The original 2012 article was written by Sarah Jay, a friend of the Justice of the Peace Association. She is not a JP but was married by one. Her business is paellapans.com.

Posted in Justices of the Peace, Wedding Officiant
civil marriagegoing to the JPjustice of the peacemarriage officiant