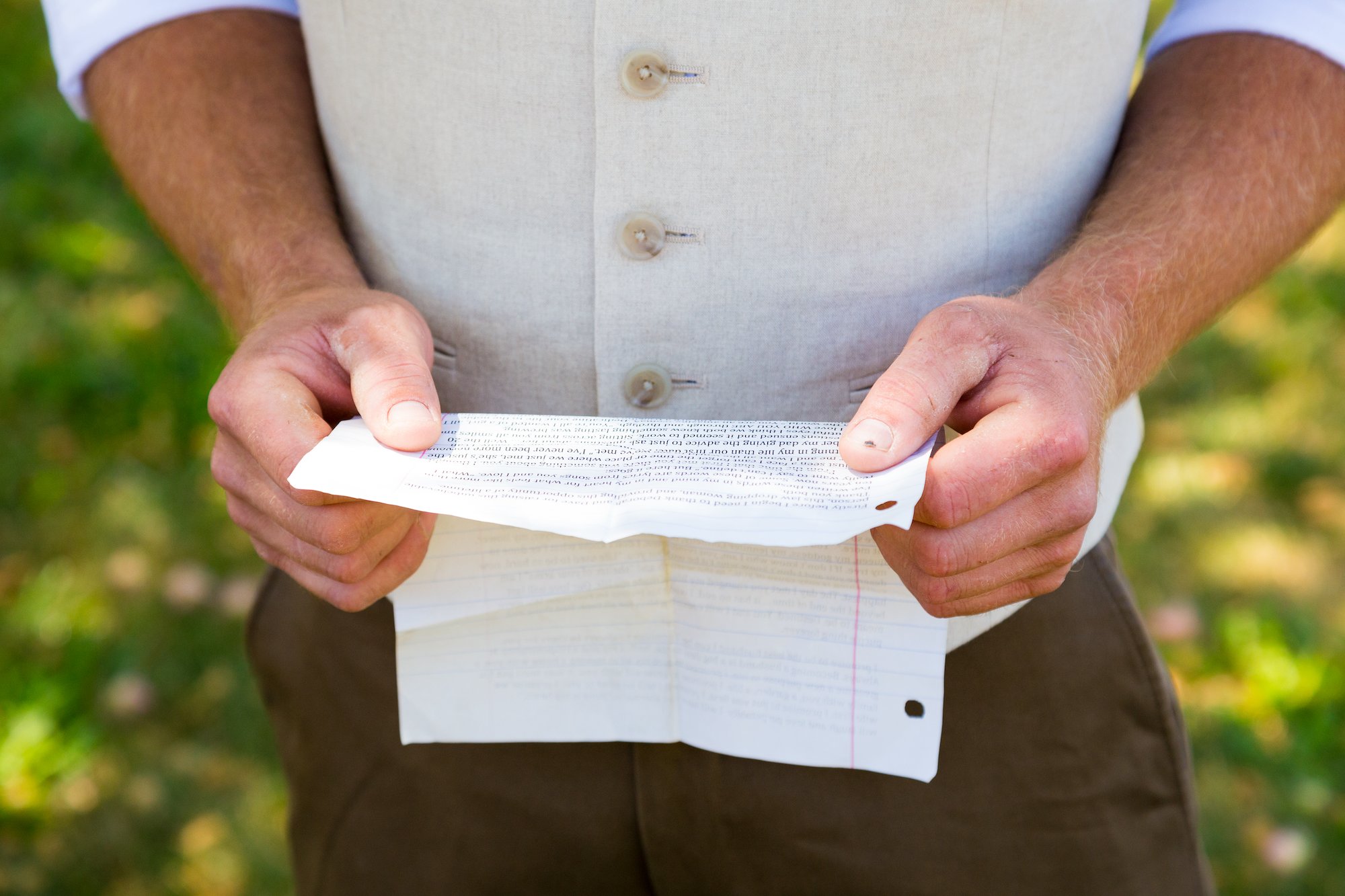 Wedding vows today are so much more than the patriarchal declaration of days (not so) long ago. When getting married, your officiant only needs an affirmation of your intention for you to marry one another. Finding the right words and tone for your wedding vows is a personal journey. Yo, Adrian! Marry me? Yes, Rocky. Done. To Have and to Hold On a technical level, to have and to hold means to possess legally, or to have permanent possession of something. The expression also suggests offering oneself to the other physically and intimately. Depending on how the rest of the […] 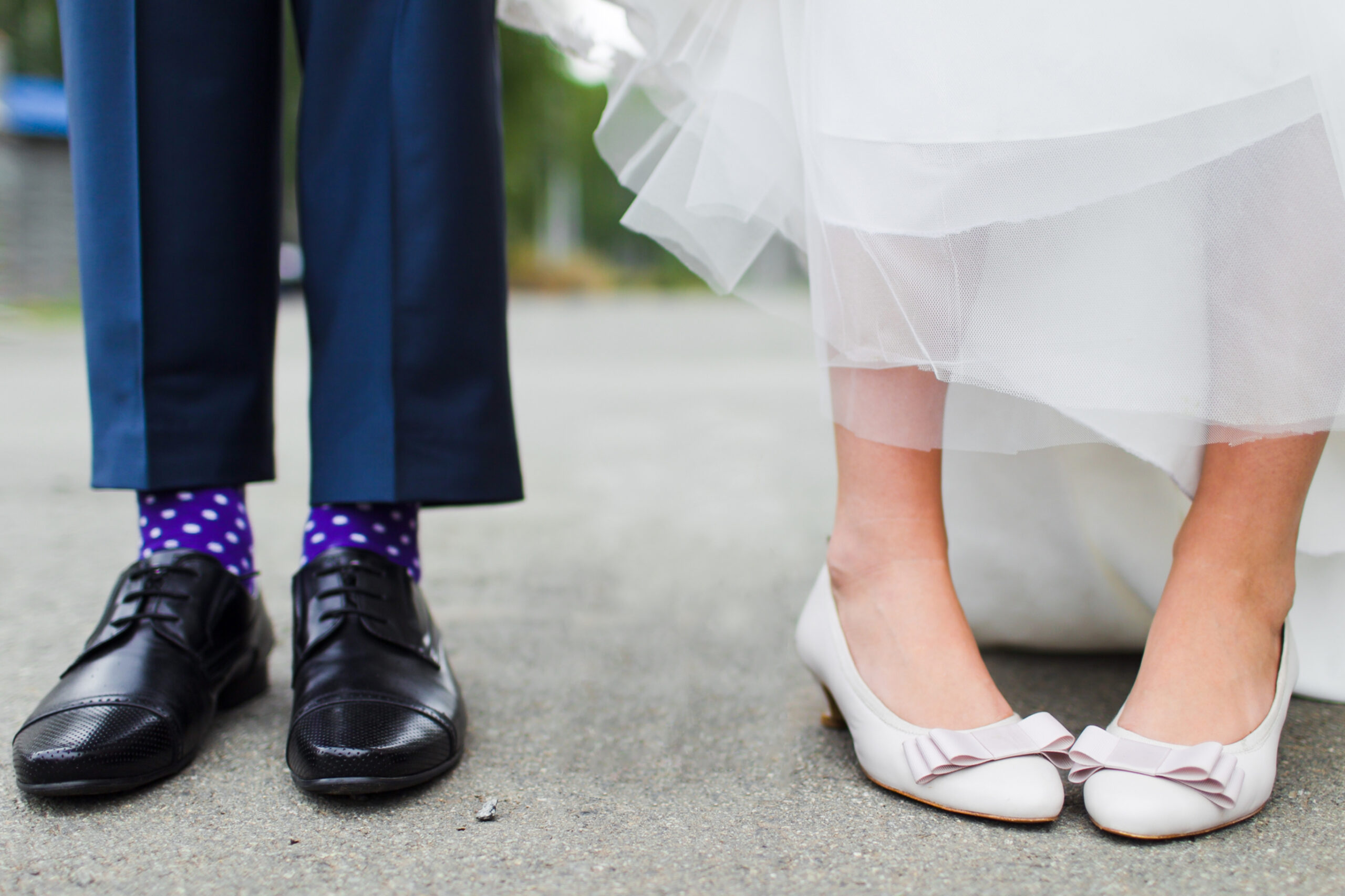 As the effects of climate change affect our daily lives, each of us can take steps to reduce our carbon footprint on the globe. Simply adjusting some of our choices during the wedding planning process can have a positive result. Following are different aspects of your ceremony to consider. Don’t feel pressure to use them all. Review the options and select what is a good fit for you. Guests A smaller guest list creates a smaller carbon footprint. It is as simple as that. Invitations Go digital. Or, if you your heart is set on traditional stationary, look into recycled […] 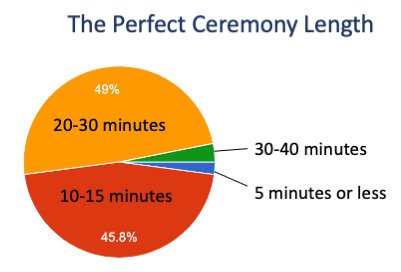 Whether eloping or having a mega-celebration with 150 of your besties, figuring out how long your ceremony should be is something every wedding couple contends with. Of course, the rituals you choose to include (or not include) will affect its length. The wedding ceremony is what makes the day more than a party. You and your guests are gussied up for the moment. You want it to be memorable and meaningful. And, not boring. Terrific! The trend is shorter, especially for secular weddings. What Officiants Say To help determine what is the perfect length for wedding ceremonies, we asked the […] 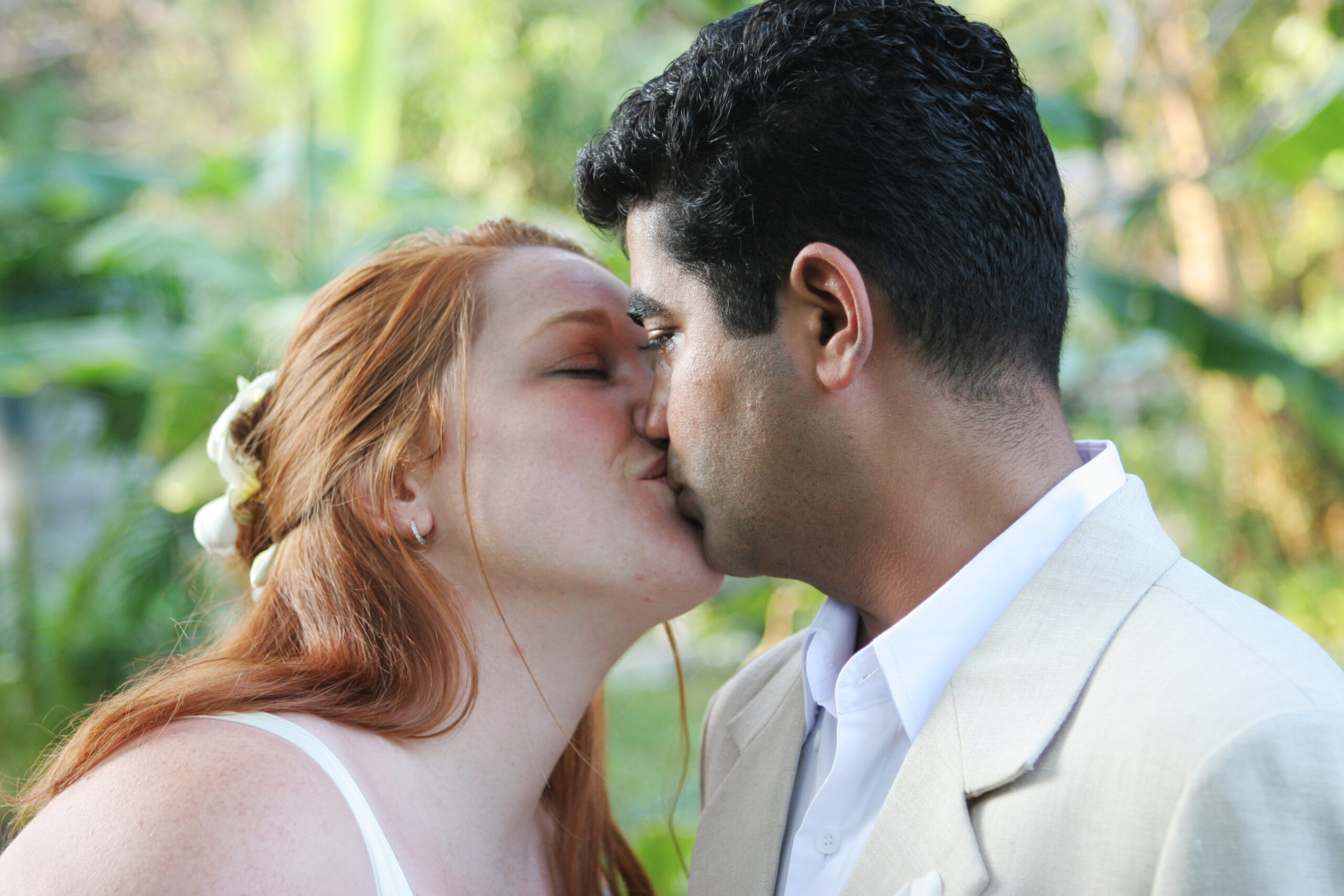 An unplugged ceremony is not about an acoustic guitar accompaniment – however lovely it would be. Having an unplugged wedding is a not-so-new trend. It means guests are asked to turn off all electronics. No texting. No posting to Instagram. And, no photos, either. Just. Be. Present. There are many reasons to ask wedding guests to put electronics away. Being present and focused on the special moment is certainly a worthwhile motivation. A no phones rule is one of the simplest ways to create an environment for all attendees to be mindful of the event. Encourage opportunities for your friends […] 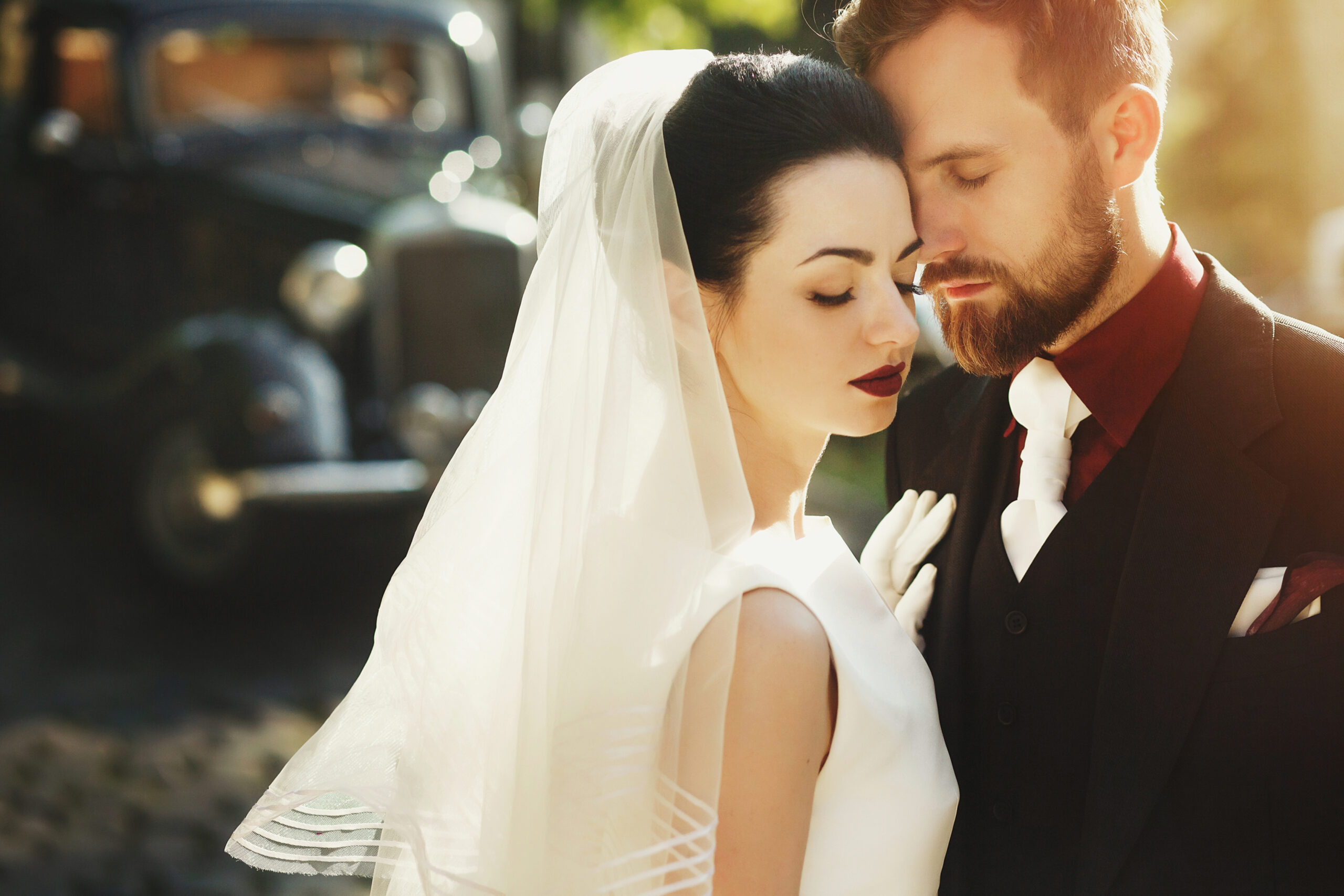 Many of the postponed wedding ceremonies from the past two years have been rescheduled for 2022. Imagine that! Naturally, this is creating a wedding boom! Case in point, the Wedding Vault reports that there will be 15% more weddings this year! With so many others also planning nuptials, it is helpful to think through what steps you can take to make your planning go smoothly. Venues A wedding ceremony on a Tuesday night? Why not! Think about what aspect of your day is most important to you and where you don’t want to budge. Then, for the less important points, […] 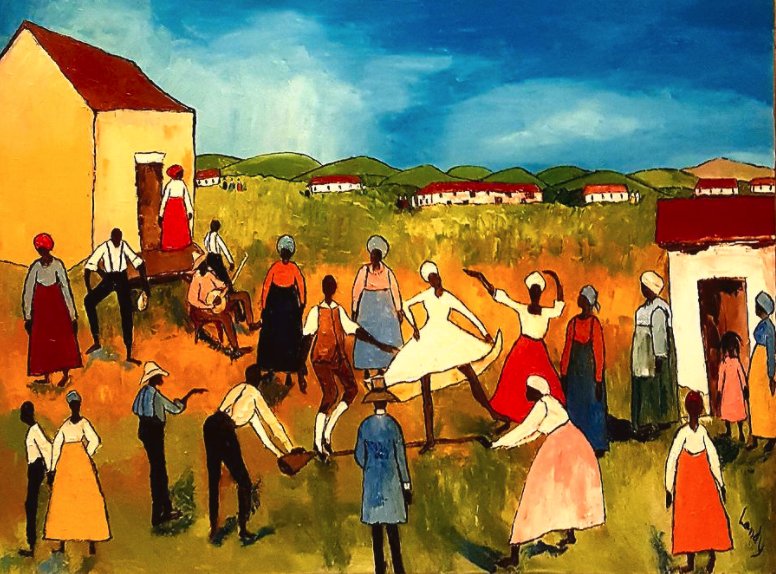 Incorporating family or cultural rituals into a wedding ceremony connects the past with the future. While there are many different traditions to choose from, one in particular has significant meaning for African American heritage: Jumping the Broom. It is a noun, identifying the practice. In addition, it has also taken on meaning as a phrase signifying marriage. For instance, We’re going to jump the broom! This is similar to, We’re going to tie the knot! History The jumping the broom lore varies. Some suggest it is a ritual from the British Isles, others say it is from Ghana.  Similarly, some […] 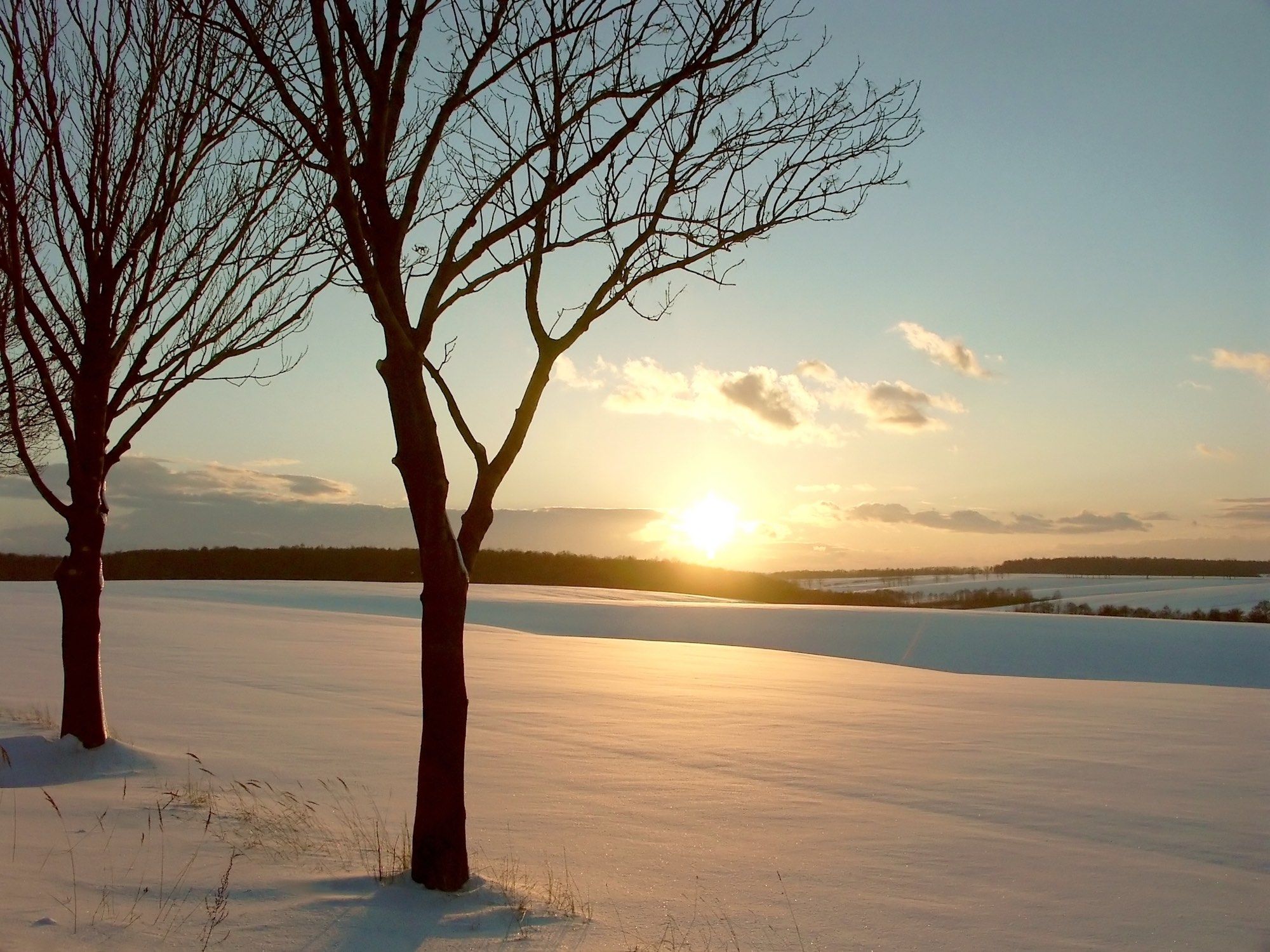 Starting your journey as a married couple on the first day of winter holds special meaning. December 21 is the winter solstice. It is also the shortest day of the year (for those in the northern hemisphere). Therefore, it is the longest night. Crisp air. The potential for a snow-covered backdrop. An appreciation and celebration of light and life! Vows and Poetry Solstice weddings can feel fresh and magical. They offer perfect opportunities to recognize life cycle traditions, and our connections to the earth and sun. Celebrate nature. If you have a December wedding planned, your Justice of the Peace […] 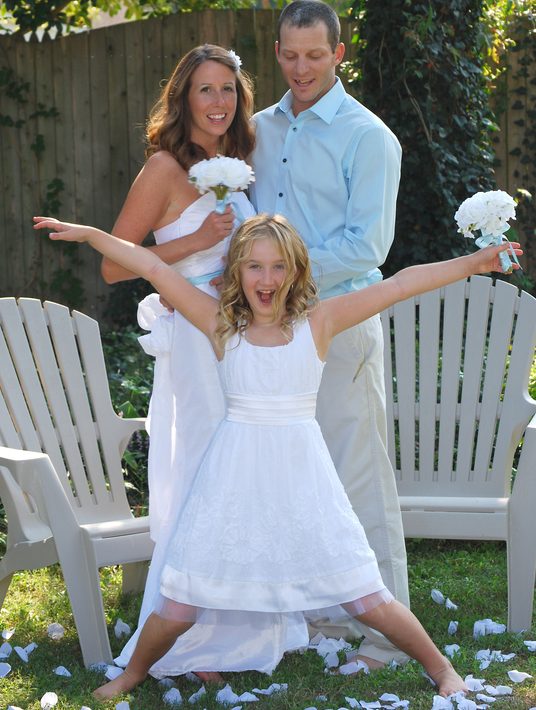 If you have children – the under 18 kind – then when you get married, the kids are part of the package. Bringing two families together is at the heart of all marriage ceremonies. When there are children involved, especially if those kids are not of the union of the couple getting married, then there is special significance to the ceremony. Deciding how to include your children in the wedding ceremony can be fun, and something that you can do together. Venues Choose a location where the kids will feel comfortable. Naturally, their ages will influence your decision.  A backyard […] 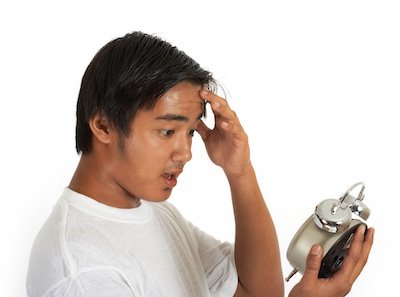 There are those who are on-time, no matter what. And then, well, there are others who try to squeeze in one more activity before the next scheduled event – and this pushes them off schedule. Make note. Your wedding is not the place to be a tidsoptimist, or a time optimist. In other words, don’t be late because you think you have more time than you actually do. Being tardy can make you feel unnecessarily stressed. On the other hand, being on time for your wedding ceremony shows you care about and respect the people who are there. This includes […]

Be You – Tradition be gone! 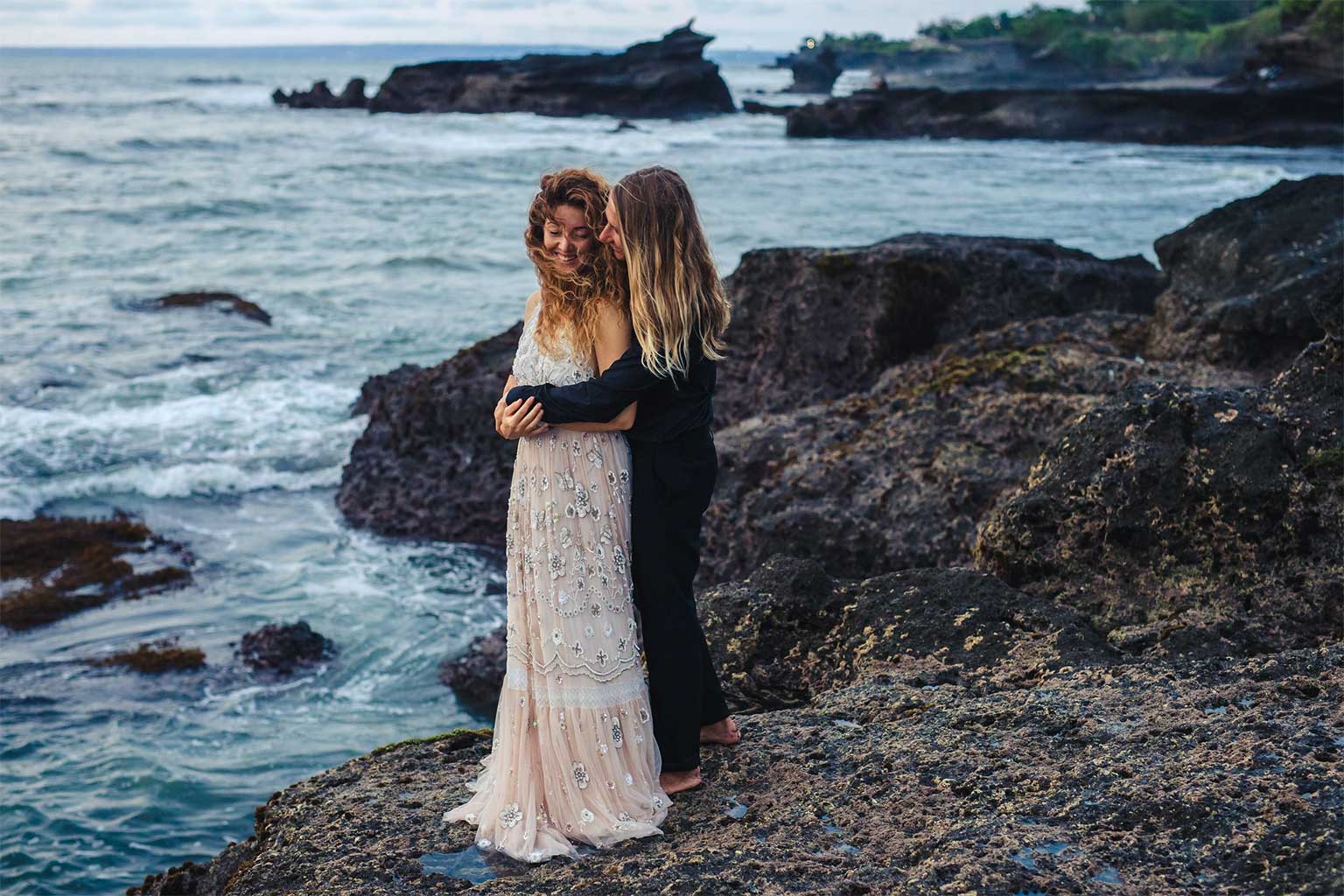 Your wedding ceremony is all about you and your partner. Making sure it reflects your vision is the most important.  It is your wedding, after all. So the rules are — There are no rules! Focus on what makes you happy. And then do it. Money Doing it your way may mean forgoing the financial benefit of someone else footing the bill. But, what if that generous contribution also means that you are stressed out and the day is not what you’ve envisioned? Or, even worse, it feels inauthentic. Well, it may be time to rethink the arrangement. “The Walk” […]

Celebrations During the past year wedding ceremonies changed. It wasn’t a choice – COVID forced couples to reckon with what is most important. The answer is simple. Love.  Hopefully you followed our advice to postpone the mega party and have two wedding celebrations: an intimate ceremony first, and then a larger affair later. Happily, later is almost here! As our communities receive vaccinations and it becomes safer to gather, celebrating with loved ones is becoming a reality. The Ceremony Therefore, the next question is, How to handle the ceremony?  There are many ways to think about this. Of course, one option is to skip […]

Wedding Ceremonies that Unite and Heal 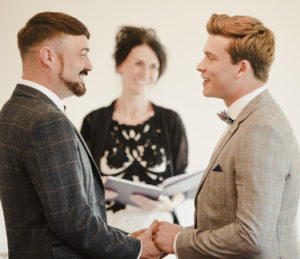 One of the most significant parts of planning your wedding ceremony is determining what is said. You can write your own vows or ask your Justice of the Peace (or notary) to do so. Or, do it together! Professional marriage officiants are adept at talking with couples to elicit just the right information to be incorporated into the ceremony and achieve your vision. If you are struggling, they’re available to help you find your voice and create messaging that is all you! Let the Sun Shine In After a year of hardship and loss, consider your ceremony and its significance. […] 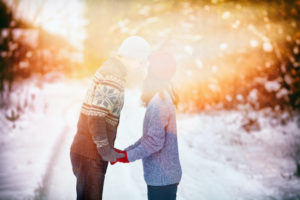 Engagement season is between Thanksgiving and Valentine’s Day, with most happening during the month of December. While this year was unlike any other, when it comes to couples falling in love and planning their lives together, we expect the engagement trend to continue! If this is you, Congratulations! On one hand, it is an exciting time! On the other hand, it can also be a bit overwhelming. We can help! What to Do There are so many decisions to make and being in the midst of a pandemic complicates things. Your first decision is how soon to tie-the-knot. Putting off […]