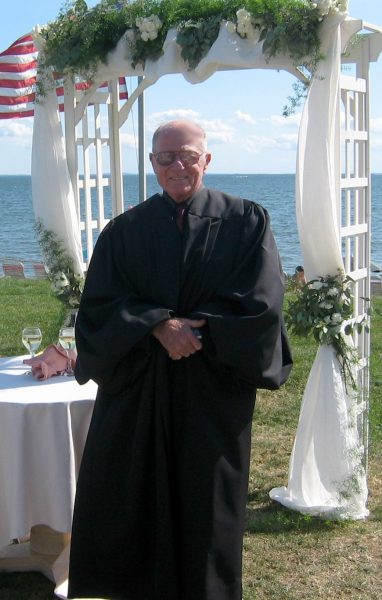 The Justice of the Peace Association was founded by Saul Haffner and Barbara Jay in 2001.

It was the dawn of the Internet age. As a newly appointed Connecticut JP, Saul, a longtime marketer, saw the potential of the World Wide Web to connect couples and officiants in a personalized fashion. His wife, Barbara, was, conveniently, a Website developer. The Association started first in Connecticut and eventually expanded to other states where JPs and notaries perform marriages. 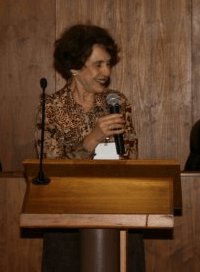 Saul loved the connections he made with couples and his fellow wedding officiants. He was an early advocate of marriage equality and led the way, performing civil unions in Connecticut before same-sex weddings became legal. Barbara and Saul expanded the mission by holding annual educational conferences in Connecticut with government speakers and more experienced Justices of the Peace who offered classes on all aspects of a JP’s role.  Members looked forward to these professional conferences for the opportunities to meet and learn from other officiants and build important relationships.

Saul died in November, 2017, and Barbara retired soon after. Their daughter Loretta Jay carries on the family legacy.

Since taking over the Justice of the Peace Association, Loretta has followed Barbara and Saul’s model of providing exceptional personalized support services to members to maximize their couple connections. For her, it is a labor of love, motivated by a desire to see her parents’ passion continue to flourish. Still, her own interests influence how the organization grows. Dedicated to social justice, Loretta wholeheartedly expanded services to include advocacy. As a result, JPus has become a national leader, representing officiants’ needs on marriage-related issues. The organization can be counted on to raise awareness and provide training to recognize and respond to child and forced marriage. To advocate for policy changes supporting marriage equality. And make sure that members’ voices are heard on legislative matters. JPus truly is the professional membership association that was first envisioned 20 years ago.