JPs By State » About Vermont JPs 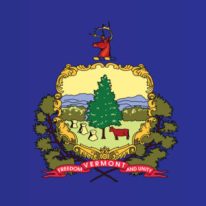 Looking for a Vermont wedding officiant?

Are you a Vermont JP?

How to become a Vermont Justice of the Peace

Information from the Vermont Justice of the Peace Guide

Duties and Responsibilities of a Justice of the Peace

Vermont Justices of the Peace may perform marriages anywhere in the state. Discrimination on the basis of race, sex, national origin, religion, sexual orientation, age or disability is forbidden, and goes against JPus’ code of ethics as well.

In addition to performing marriages, JPs have other duties. Justices of the peace must serve as election officials (and may deliver absentee ballots to voters). In addition, they must sit as members of the town board for abatement of taxes to determine whether a taxpayer’s tax obligation should be forgiven. They also sit to hear and decide appeals when citizens do not agree with the final decision of the listers.

<< Go Back To JP by State History