JPs By State » About Connecticut JPs 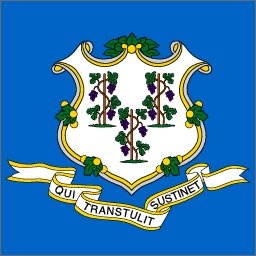 Looking for a Connecticut wedding officiant?

Are you a Connecticut JP?

Connecticut JPs are authorized to perform the following functions:

When a secular ceremony is desired, a JP is frequently called upon to be the officiant. The rules for obtaining and filing marriage licenses are:

A deposition is the taking of testimony under oath for use in civil action or probate court proceedings. In this context, a JP may also issue a subpoena to ensure that the witness appears at the deposition.

An oath is an oral declaration of responsibility made by a person assuming a role. The person then signs an affidavit, witnessed by the JP, attesting to the truth of the oath. (An affirmation, using words other than “swear” and “so help you God,” may be administered instead.)

An acknowledgement is a formal declaration by a person that a document s/he is signing is his or her “free act and deed” and that s/he is who s/he says s/he is. Acknowledgements are typically required in real estate transactions and primary and nominating petitions.

Did you know that Connecticut was one of the last states to require premarital syphilis and rubella screening? Finally, the state heeded the counsel of the Centers for Disease Control and Prevention (CDC). It repealed mandatory blood tests effective October 1, 2003. In fact, Deputy Commissioner Norma Gayle of the CT Dept of Public Health testifying in support of the bill that passed. She said, “Today the requirement is costly, inconvenient and has minimal impact towards prevention.” She noted that the test is no longer “an effective component of the Department’s syphilis control program.” Besides Connecticut, only Indiana and Montana still required rubella testing for women of child-bearing age.