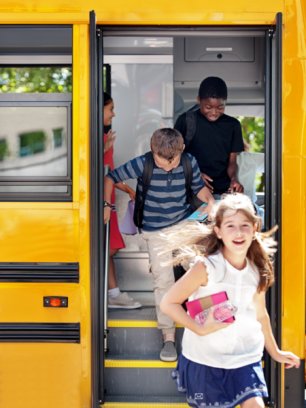 Child Marriage is a Real Problem.

Child marriage is still legal in the state of Connecticut. Beyond the harmful effects, it puts officiants in an ethical quandary. This informative workshop will highlight the social, emotional, and ethical problems connected with child marriage, the need for “brightline” (no exceptions) laws, and what Connecticut marriage officiants, clerks and citizens can do to advocate for change.

Participants will be able to:

This is a free on-line workshop. Registration is required.   Register Here

Honorable Jillian Gilchrest, MSW was elected to represent the 18th District of West Hartford in the Connecticut General Assembly (CGA) in 2018. Representative Gilchrest serves as House Chair of the Human Services Committee and member of the Appropriations, Public Health, and Judiciary Committees. Jillian Chairs MAPOC, the Trafficking in Persons Council, and the Endometriosis Working Group. Rep Gilchrest is the lead sponsor of the 2023 bill to end child marriage in the state: HB 5840.

Prior to becoming a state representative, Jillian Gilchrest served as the Director of Health Professional Outreach for the Connecticut Coalition Against Domestic Violence, Executive Director of NARAL Pro-Choice Connecticut, and Director of Policy & Communications for the Connecticut Alliance to End Sexual Violence. She has extensive experience advocating for women’s health and safety, in particular influencing public policy at the CGA.

Rep Gilchrest holds an MSW with a focus in Policy Practice from the UCONN School of Social Work, where she has taught Political Advocacy. Jillian currently teaches for the University of Saint Joseph and University of Hartford. Jillian serves on the Board of Girls on the Run of Greater Hartford. She resides with her two children in West Hartford.

Fraidy Reiss is the Founder and Executive Director of Unchained At Last. Fraidy Reiss was 19 when her family arranged for her to marry a man who turned out to be violent. But with no education or job, in an insular religious community where only men have the right to grant a divorce, she felt trapped. Still trapped at age 27, Fraidy defied her husband and community to become the first person in her family to go to college. She graduated from Rutgers University at age 32 as valedictorian (called “commencement speaker” at Rutgers). Her family declared her dead, but Fraidy persevered: With her journalism degree, she was hired as a reporter for the Asbury Park Press in New Jersey, eventually getting promoted to the paper’s elite investigative-reporting team. She went on to a career as an investigator at Kroll, the world’s largest investigations firm. At the same time, Fraidy managed to get divorced, win full custody of her two daughters and get a final restraining order against her ex-husband. But Fraidy knows that most women and girls who want to flee or resist an arranged/forced marriage are limited by finances, religious law and social customs. For them, Fraidy founded and now leads Unchained At Last. Fraidy is recognized internationally as an expert on forced and child marriage in America. Her writing on the subject has been published in the New York Times, Washington Post and countless other publications in the US and beyond, and she has been interviewed and featured by those outlets as well as Financial Times, BBC, PBS, NPR, CBS and others. Legislation she helped to write to end or reduce child marriage has been introduced and, in some cases, already passed in multiple US states. In December 2017, Forbes named Fraidy one of Five Fearless Female Founders to Follow in 2018.

Tammy Sneed, is the Director of Connecticut’s Human Anti-Trafficking Response Team (HART) for the Department of Children and Families (DCF), Office of Human Trafficking Services.  As a national expert with close to 30 years of experience in Female-Responsive Programming for adolescent girls, she specializes in programming for youth in the legal system.  She has developed and implemented training models educating local and state police departments on how to work with high-risk youth, resulting in significant arrest reductions and successful outcomes for youth.   Over the last 15 years, Tammy has focused her efforts on a national crisis, child exploitation, and trafficking.  In her role as the Director of Connecticut’s Antitrafficking Response Team (HART), she is committed to eradicating child trafficking in the state through education, collaboration, and partnerships.  Tammy is a national consultant educating communities across the country on working with high-risk youth and victims of human trafficking.  Tammy co-leads the Governor’s Task Force on Justice for Abused Children, focused on ensuring all child abuse victims receive appropriate services and support and the full extent of what the legal system can provide to these victims. As a foster/ adoptive mother, she has developed specialized training for mentors and foster and adoptive parents and served as a mentor for forever families parenting adolescent girls and child victims of trafficking.

Stephen Wanczyk-Karp, LMSW is the Executive Director of the National Association of Social Workers, Connecticut Chapter. Prior to working for NASW, Steve spent over ten years in the fields of aging and developmental disabilities, where he did a combination of direct service, community practice and administration.

Steve received his BSW in 1977 from Southern CT State University and his MSW in 1983 from Fordham University, with a concentration in community organization. He has been an adjunct social work faculty over the years for SCSU, CCSU and University of Saint Joseph. Steve serves on Advisory Boards for three schools of social work and the Office of Health Care Advocate. He is on the coordinating committee of the Keep The Promise and the Protect Our Care Connecticut coalition. He represents NASW/CT on a variety of health an social services coalitions.

Loretta Jay, MA leads the professional association for civil marriage officiants in the Northeast, advancing training opportunities and pursuing matters that officiants care about. With a Master’s degree in community psychology, Loretta has worked on behalf of children and families for over thirty years. She initially held positions on the front lines for Connecticut’s Department of Children and Families, then she managed and trained staff. Now, as a consultant, she develops and evaluates child and family-focused programs for public agencies and nonprofits, and advocates for underserved populations. Efforts to end child marriage connect her two areas of expertise: the biz of officiating marriages and children’s safety. On behalf of the Justice of the Peace Association, Loretta is an outspoken advocate, raising awareness and pushing for legislation throughout New England states. She is the immediate past-president of the National Alliance on Mental Illness (NAMI) Fairfield (Connecticut) affiliate and currently sits on her hometown’s Human Services Commission.