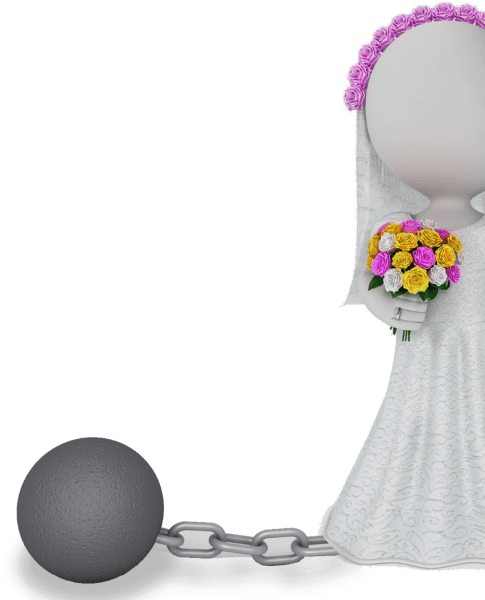 The Justice of the Peace Association’s membership is opposed to child marriages. The US State Department called child marriage a human rights abuse. Many JPus members have stated that they would not perform them. Consequently, JPus has advocated to end all marriages involving children younger than 18 years of age.

When legislation is pending in a state where our members live and work, JPus lets our voice be heard.

Until October 2017, a child of any age could marry in Connecticut with a probate judge’s approval. During the 2021 session, efforts to raise the age to 18, no exceptions, were unsuccessful. Read more.

The minimum age to marry in Florida is 17 years with parental consent and a completion of a premarital course. Also, the partner may not be more than two years older than the 17 year old.

Sixteen year olds may marry in Maine. In 2021, the Justice of the Peace Association is joining forces with others to raise the age to 18 – no exceptions, but the bill died. Read more.

In October, 2021, the Vermont Coalition to End Child Marriage was established, with JPus as an active member. Our goal is to ban all child marriage in the state. Currently 16 and 17 year olds can marry. See legislation and JPus’ activity in Vermont.

In June 2019 JPus submitted a statement to the Pennsylvania State Senate urging support for SB81. This would further restrict the issuance of a marriage license, and its passage would end child marriage in the state. The bill passed unanimously through both the House and Senate, and Governor Tom Wolf signed it into law on May 8, 2020.

The California state legislature considered a bill in August 2018 that would have ended child marriage. Unfortunately, it was watered down so much that no minimum age was set in some circumstances. Consequently, JPus urged that the bill be rejected and that a replacement be submitted without loopholes.

JPus partnered with the Tahirih Foundation and developed the first and only training about child and forced marriage specifically for marriage officiants. This free training is available on JPus’ Training website.

Establishing a partnership with a national non-profit that works to end child marriages amplifies the voice of our membership. Unchained at Last is dedicated to creating social, policy and legal change to end forced and child marriage in America. Read more.

JPus is proud to be part of Tahirih Justice Center’s network of service providers, community advocates, and government agencies with the necessary tools and expertise to help individuals at risk of child and forced marriage. This partnership supports our efforts to increase awareness and provide education and training to wedding officiants. Read more.