Our Services » Education and Networking » Changes to the Laws 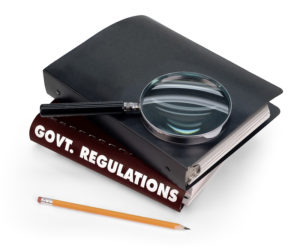 Don’t be caught behind the times. Stay current on new laws that affect JPs and notaries.

Effective July 1, 2021, the terms Bride and Groom are no longer on Connecticut marriage licenses, replaced with Spouse 1 and Spouse 2. Read how JPus took action to make this validating change happen.

The marriage license application will no longer seek a couple’s race, effective July 1, 2021.

Effective October 1, 2017, in addition to parental consent, anyone under the age of 18 requires a Probate Court Judge’s approval to wed. Also 16 is now the minimum legal age to marry;  previously there was no minimum age.

Connecticut’s law was watered down from its original effort to ban all marriages for individuals younger than 18 years. Read more on our advocacy pages about ending child marriage.

In March, 2018 state lawmakers passed a bill raising the age to marry from 16 to 17 with parental consent and if the partner is no more than two years older. If pregnant, the girl may marry at any age with parental and judge’s consent. Between 2000-2015, 16,400 minors were married in Florida. Some of them as young as 13 years old.

On January 1, 2020, Governor Janet Mills allowed a bill, LD545/SP167, go into law. It sets the minimum age to marry to 16. Prior to this, a child of any age could marry if the parents and a probate judge approved.

On June 18, 2018 New Hampshire’s governor signed a new law raising the minimum age to marry in New Hampshire to 16. It was increased from 13/14 years.

JPus advocated to increase the age to 18 during the 2019 session, but legislators wouldn’t deliver.

In May 2018, Vermont’s legislature passed an important new law (Act 160 H526) that affects the licensing of the state’s notaries. Since in Vermont all JPs are notaries (but not all notaries are JPs), we figured this was important news to share. Notaries are now licensed through the Secretary of State’s Office of Professional Regulations, and there are new requirements for professional standards and examinations.