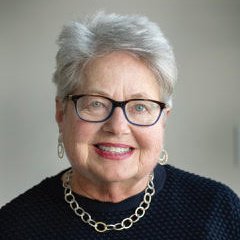 The Justice of the Peace Association is a founding member of the national Coalition to End Child Marriage. In addition, JPus is an active member of state coalitions with the same name.

We are grateful for Massachusetts State Representative Kay Khan ‘s leadership to end child marriage in the Commonwealth. Nonetheless, she thanks us! On May 31, 2022 she sent the following thanks and update to JPus and other Coalition members.

Dear Members of the Massachusetts Coalition to End Child Marriage,
Please know that I am exceedingly grateful to all of you who helped create and support the legislation which became H.1709/S.937,  An Act to End Child Marriage in Massachusetts, filed this session by myself, Representative Paul Donato and Senator Harriette Chandler.
As you now know, as part of the Fiscal Year 2023 House Budget debate, H.1709 was filed as a budget amendment to the House Budget by House Minority Leader Bradley Jones and ultimately adopted.
The response to this bill has been overwhelmingly positive with strong bipartisan support and I truly believe the monthly meetings of the coalition were instrumental in drawing attention to the need to move the bill forward and hopefully across the finish line soon.
The final passage will be debated in the Fiscal Year 2023 budget House-Senate Conference Committee. If passed, the bill will close the loophole in Massachusetts allowing for child marriage with parental and judicial consent and will empower children in the Commonwealth.
Thank you again, for your hard work and commitment to this important issue.
Kay Khan
State Representative
11th Middlesex District (Newton)
State House, Room 167
Boston, MA 02133
617.722.2230
www.KayKhan.org

JPus’ managing member, Loretta Jay, was interviewed about the politics that affect legislation to end child marriage. A visiting fellow from Turkey, Dr. Senem Ertan-Savas is the lead investigator of the study. She is with the  Women and Public Policy Program at the Harvard Kennedy School.

This research will systematically examine the dynamics of legislation to increase the age of marriage in different states. Furthermore, it will also investigate the debates around minimum age of marriage and the interaction between actors or factors involved in the legislation processes.

“It’s exciting that the Justice of the Peace Association’s advocacy efforts to end child marriage are recognized and included in this important research,” says Loretta Jay.  One area Dr. Ertan-Savas asked about is the strategies JPus thinks are  the most effective. (Answer: mobilizing constituents and behind the scenes work to resolve potential roadblocks.) Indeed, one of the most frustrating and sad realizations is when legislation to end child marriage stalls – even though there is no lobby opposing it.

When finished, the work will be submitted for publication in a scientific journal. Furthermore, a book is also in the works. Of course, JPus will share the published work when ready.